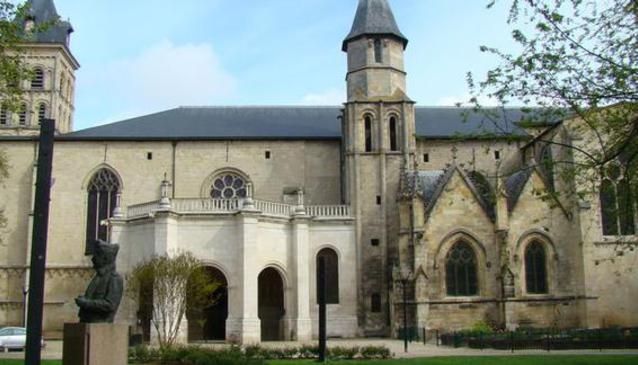 The Basilique Saint–Seurin looks like it has been put together by a divine committee, each member pushing their own style. The history of the life and construction of the church ranges from the 6th to 18th centuries.(Look for the 6th century Roman Gallo sarcophagi in the crypt.) However, it was by the veneration of the two bishops to sainthood, St.- Amand and St.- Seurin,( whose bones lie here in the church) that it became a basilica, a monastery, and a place where the Dukes and Counts were invested plus Bordeaux’s great sanctuary. The life of Saint-Seurin and Saint- Matial are depicted in a set of alabaster panels.

As one of the stop over’s for the pilgrims of the Santiago de Compostella Route, the basilica had its own marketing in the form of various relics to attract these early visitors. Besides the relics of the two Saints it was rumoured that Saint-Martial had left Saint-Peter’s staff here and Charlemagne Roland’s horn.

This church was considered the equal to the Cathédrale Saint-André. From the 15th century before a triumphant entry into the city of Bordeaux future archbishops would spend the night at the Basilique Saint-Seurin on the stately wooden episcopal throne in memory of their predecessors.