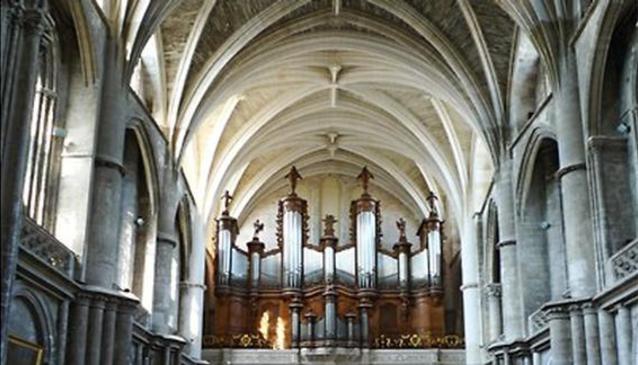 Dating back to the 11th century, the Cathédrale Saint-André played a key role in both the religious and cultural development of Bordeaux. When you walk into this enormous church from the West Door, looking around at the Gothic choir, the transepts, the medieval sculptures, the Royal Door, the magnificent organ loft you know this to be true. It was here that Eleanor of Aquitaine was married in 1137 and because of her financial support the construction of the nave of this gigantic church began. It was here, in 1305, that Archbishop Bertrand de Goth found out that he had been elected Pope and became Pope Clement V, the first Pope from Avignon. The Black Prince assembled all the nobles here in 1363 to pay homage to him and on the 25th of November 1615, Louis XIII married Anne of Austria. From the sublime to the practical, it was a fodder store during the revolution. Over the last decades and continuing to move into the new millenium Saint-André Cathedrale has hosted many concerts and at the same time still welcomes the pilgrims of the Santiago de Compostella Route. It is a designated UNESCO site on the Santiago de Compostella Route.. The Cathedral continues to go through loving restoration.