The Côte d ‘Argent is the longest stretch of sand in Europe, and it’s something of a secret to the outside world. The French certainly know about it – they chuck their towels down in hordes every year – but then being a nation of ‘staycationers’ (it’s a play on ‘vacationers’; they don’t like going abroad) you would expect them to.

Also known as the Silver Coast (35 minutes west of World Heritage listed, and close enough to be considered an attraction in Bordeaux), the sand runs uninterrupted for 200 kilometres, from the Gironde estuary in the north to Biarritz in the south. And this isn’t just any old sand. It’s the best of the best, the cream of the crop. White, dusty and squeaks underfoot. That’s when you know sand is good, when it squeaks underfoot. 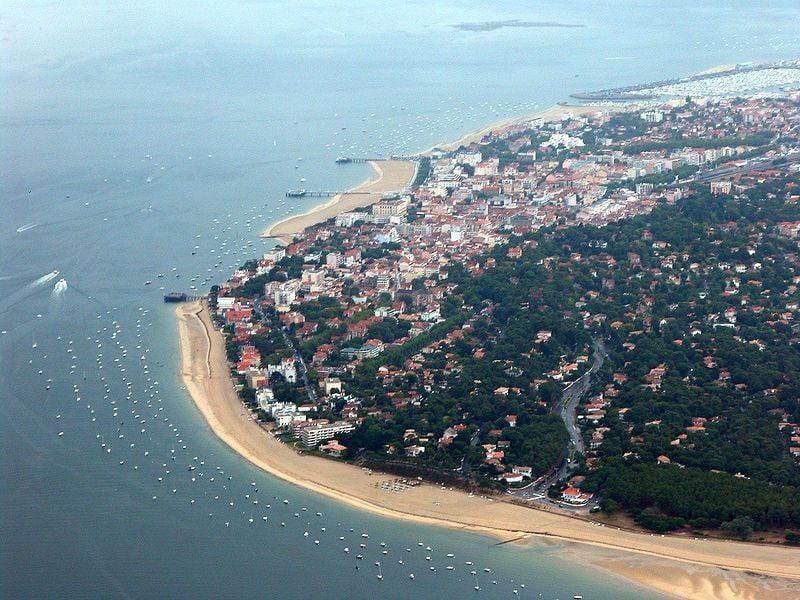 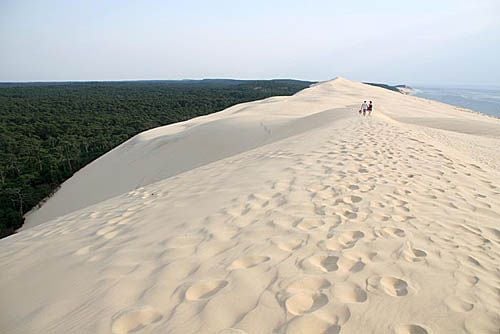 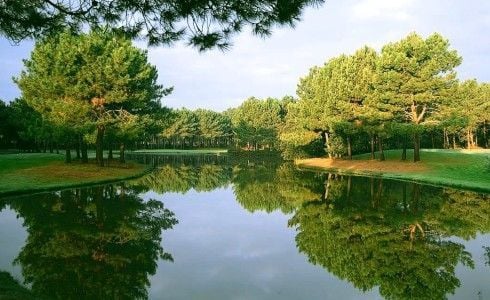 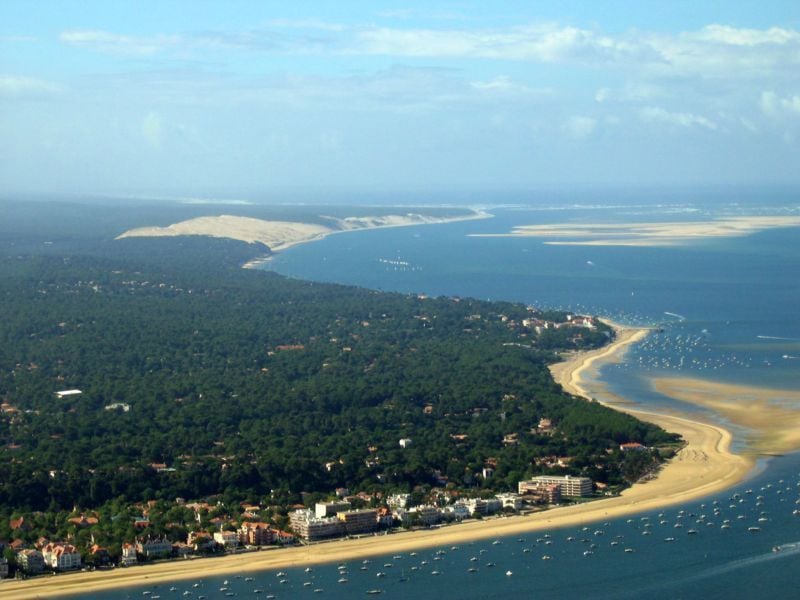 A large portion of this sand can be found in the form of Dune du Pilat, one of many attractions that dot the Silver Coast. It’s huge; three kilometres wide and 100 metres tall. If you like sand, you’re in for a treat; if you like sand dunes, you’ll be hopping with joy. We’d recommend scrambling to the top – no easy feat, but more than worth it for the view you’ll be rewarded with.

Making up part of this view is the delightful seaside city of Arcachon. Plonked right in the middle of the Silver Coast, Arcachon caught the attention of wealthy Parisians in the 19th Century, and the rest is history. It is now the chic resort on the Silver Coast, filled with superlative seafood restaurants, high-end shops and incredible nightlife.

Making up another part of the view is the Arcachon Basin. Surrounded by lush pine forest, this azure lagoon is a mecca for water sports enthusiasts, and the surrounding land boasts waterparks and nature reserves. The area is teeming with great restaurants, bars, hotels and campsites, and is also home to the largest oyster farm in the world, with 3 billion of the slimy delicacies being shipped off around Europe each year. 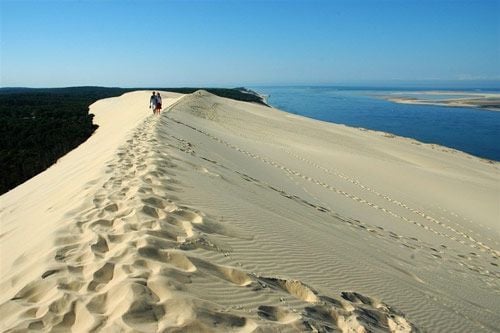 Making up yet another part of the view is Cap Ferret, a beautiful area located on the end of a finger of land at the mouth of the Arcachon Basin. Aside from its stunning beaches and great campsites, Cap Ferret is celebrated for its waves, which keep surfers returning year after year. Which, in turn, brings us rather neatly to the second part of this article.

Although a single line of sand, the Silver Coast is made up of hundreds of separate beaches, and almost all of these beaches are characterised by their varying surf-breaks.

Soulac-sur-Mer is one of the best. Located at the top of the Silver Coast and backing on to the vineyards of the, Médoc this place is primarily a surfing destination, with consistently good swell year-round. Another is Le Pin Sec, a long, untouched beach with waves peaking at three metres. It can be found near the town of Naujac-sur-Mer and has a well-established surf camp that caters to all abilities.

Slightly further down the coast is Montalivet (a nudist resort), buried within dense pine forest. Fight your way past the bush and you’ll find some great waves. Alternatively, check out Hourtin-Plage, a small resort (non-nude) that enjoys good swell, not to mention Hourtin-Carcans, the largest lake in France, slightly inland and perfect for windsurfing. 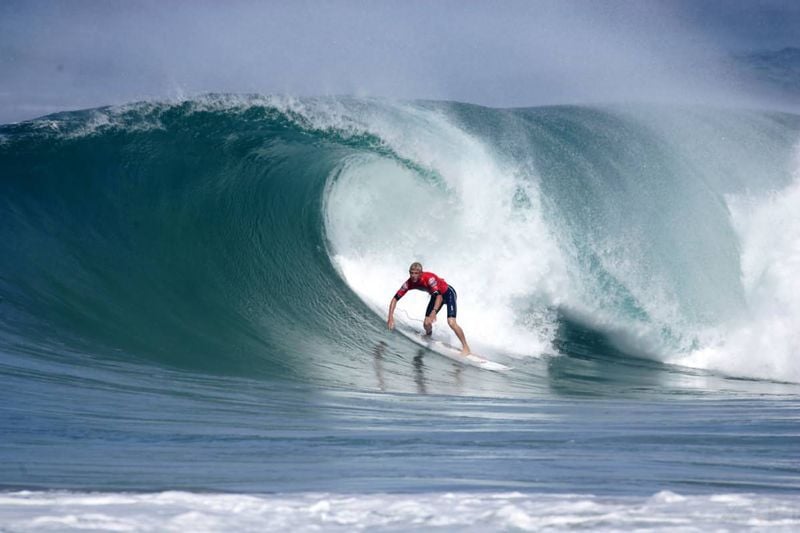 The waves at Lacanau-Ocean are always reliable – and enormous – and this is why champion surfers congregate there each year in August to compete in the Sooruz Lacanau Pro, a stage in the world surfing tour. Also highly recommended are Biscarrosse-Plage, Mimizan-Plage and Contis-les-Bains Arer.

As you may have deduced, the Silver Coast is packed with superlative beaches, but don’t be put off by all the chat about surfing – there is an enormous amount of things to do in Bordeaux region, such as golfing, sailing, cycling, horse riding and diving, to name but a few. 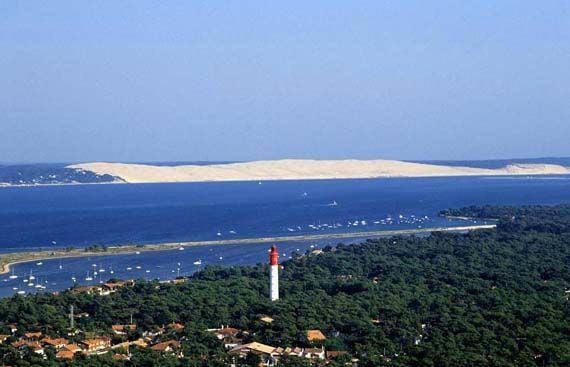 All of our providers offer 24/7 support