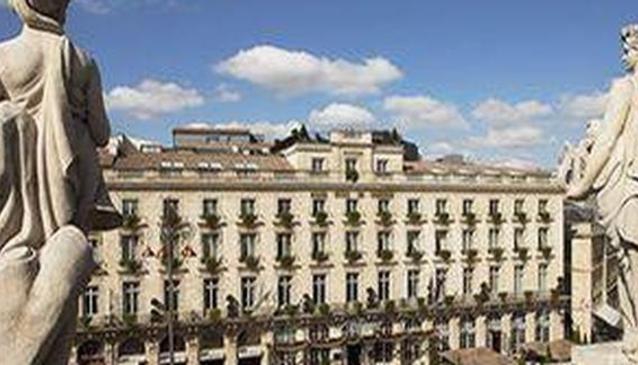 Originally built in the 18th century, the Regent Grand Hotel Bordeaux was faithfully restored in 2007 by the famous designer, Jacques Garcia. The Regent Grand Hotel Bordeaux is a luxurious Bordeaux accommodation and is located across from arguably one of the most historic buildings in Bordeaux, the Grand Opera. The Hotel's top tier restaurant, Le Pressior D'Argetn is one of the best gourmande destinations in Bordeaux with superb dining and service. The hotel is directly within the Golden Triangle, situated within the fashion centre with many upscale shopping boutiques. It is also at the beginning Saint Catherines Street, the longest shopping street in Europe. Their front terrace, facing the Grand Theatre and busy central square, is one of the best locations for people watching and an ideal destination for sipping a glass of wine or lingering over coffee enjoying the good life of Bordeaux!