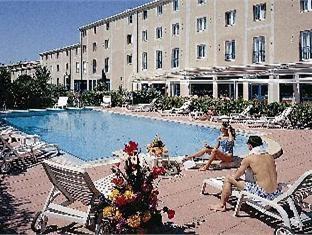 The Hotel De Seze Bordeaux is situated in Bordeaux, nearby to the Grand Theatre. Bordeaux has many tourist attractions including the Quincones where you can view the majestic fountains. Guided tours of some of Bordeaux’s famous vineyards can be arranged at the close by office of tourism. The Hotel De Seze Bordeaux is within easy access to both the train station and the airport.

In total the Hotel De Seze Bordeaux has 24 rooms which are decorated in soft pastel or woodsy earth shades. The furnishings are simple and modern. Rooms include satellite television, minibars, telephones, wireless Internet access, bathrooms, air conditioning and a newspaper. Nonsmoking rooms are available.

The Hotel De Seze Bordeaux is housed in a private mansion of the 18th century. Adorned with chandeliers and elegant wood furnishing that resemble 18th century Bordeaux style, the hotel offers breakfast in either of the lounges and in good weather one can dine on the hotel’s terrace which overlooks the Allees de Tourny. Hotel amenities include 24 hour room service, an elevator, bar, and business center. Pets are allowed.